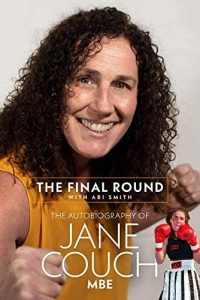 This week, we have one unsung hero nominating another. Nobody has done more for women’s boxing in recent times than the incomparable Jane Couch MBE.  The ‘Fleetwood Assassin’ battled the authorities to win the right for women to box legally in the UK. She paved the way for the Olympians and current world champions to ply their trade.

Jane was crowned world champion five times and took on the very best – often fighting at short notice with little or no recompense - during a pro boxing career that stretched from the mid-90’s to 2008.

Since retiring, Jane has dedicated her life to helping others and she is a regular fixture at Barton Hill ABC in Bristol. Head coach at the gym is Tom Foley, a man Jane says is typical of so many volunteers who devote their time – and money - to support their community.

“He opened up Barton Hill boxing club years and years ago and he pays the rent every year – I think it’s five thousand a year – to keep the club running. He’s never had any funding and the kids are so reliant on the club, it’s such a deprived area. He does other stuff there, charity events to raise money for it [the club].

“He’s just a really good all-round bloke that’s just in it for the community and it’s well needed.”