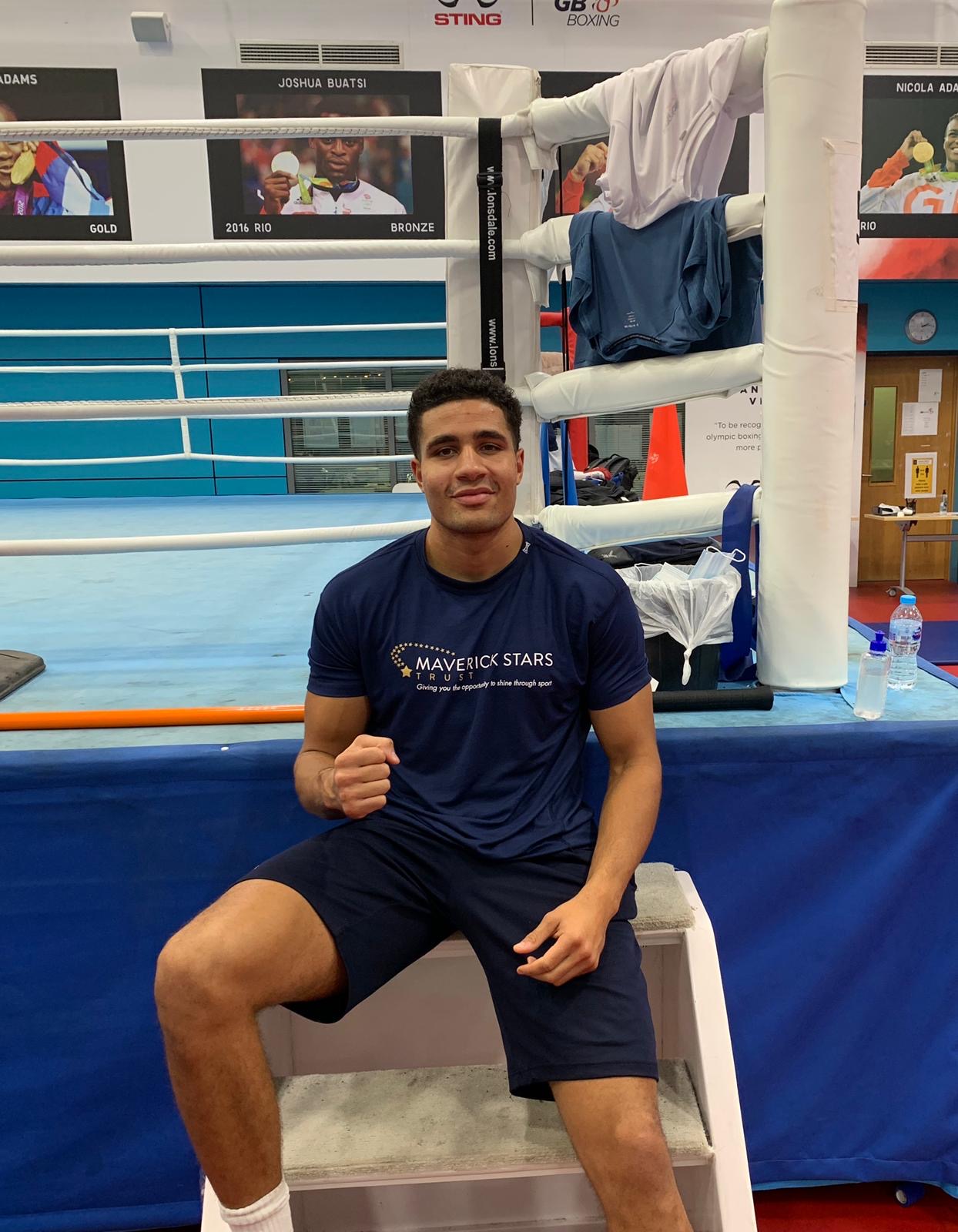 A 6ft 6ins super-heavyweight, ‘DJ’ came to boxing at the relatively late age of 18 but wasted little time in learning his trade and cementing a place on the GB Boxing set-up in Sheffield.

His path to date has echoed that of one of his inspirations – world heavyweight champion Anthony Joshua - and the pair regularly train together at the English Institute of Sport.

It’s been an interesting journey for the man born in Moscow to a Russian mother and Nigerian father and raised in Wolverhampton from the age of seven.

After excelling in various sports, he started boxing while at university under the guidance of coach and friend of Maverick Stars Mick Maguire at the Jewellery Quarter Boxing Club in Birmingham.

On becoming a Maverick Stars ambassador, DJ said: "I really enjoy training with the kids," he said. "Getting them moving and motivated to train and making them see it's possible to achieve big things. It's all possible.

"That's something that I want to push to the younger generation. If I was able to do it - someone who didn't learn to speak English until he was eight, who graduated from university and has been able to get on Team GB - then with consistency and hard work anything is possible."