It will be something of a dream come true for Steven Ferguson when he boxes in the Merseyside and Cheshire elite ABA final this weekend. The 26-year-old Maverick Stars ambassador is focussed on a career in the ring after overcoming drug and alcohol addictions. 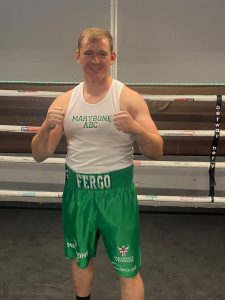 'Fergo' boxed as a youngster, but after a six-year spell in the army, his life descended into chaos. With the help of Tom Harrison House - an initiative supported by Maverick Stars which assists armed forces veterans struggling with addiction - he returned to the gym under the guidance of coach Derry Mathews, has lost four-and-half stone and is set to compete in his first senior title fight at super-heavyweight.

The Kirkby man said: "I'm boxing a lad called George Howden from Old Swan ABC in the final. It's always been my dream to be a boxer. Even when my life was chaos, I always believed I'd get back to boxing one day. I just want to experience as much as possible in the ring now."

Click the link below to watch Derry and Fergo (speaking before weight loss and a haircut!!)